In the Moroccan cave known as Grotte des Pigeons, life was good some 15,000 years ago. The people who occupied the cave had a varied diet, fine living quarters and a close-knit community. What they didn’t have was a good tube of toothpaste — and the results, scientists have learned, were horrifying.
New research shows that the Pleistocene inhabitants of Grotte des Pigeons can lay claim to some of the worst teeth to be documented in human history. They are also the earliest known group with serious tooth decay, suffering high rates of cavities and abscesses millennia before humans invented farming. And because they were hunter-gatherers, the Grotte people subvert the conventional wisdom that it took the rise of agriculture – and the resulting carbo-loading — for cavities to become widespread.

The new study is “groundbreaking,” says Emory University’s George Armelagos, who has studied changing rates of tooth decay. “I’ve been looking at paleopathology (ancient diseases) for 50 years, and I’ve not seen anything like this before. It’s really a remarkable finding.”

During the early years of human history, dentists wouldn’t have had much business. Earlier research shows that ancient hunter-gathers had cavities in at most 14% of their teeth, and some had almost no cavities at all. Then, roughly 10,000 years ago, humans learned to farm. Grain and other carbohydrates took over the plate, making the human mouth a haven for bacteria that destroy tooth enamel. Ancient farmers had cavities in up to 48% of their teeth, leading scientists to assume that a human jaw with lots of cavities probably came from a farming society.

The people of Grotte des Pigeons — French for “Cave of the Pigeons” — tell a vastly different story. Scientists examined the remains of 52 adults who had lived between roughly 12,000 and 13,000 B.C. and were buried in the cave. An astonishing 49 of them, or 94%, had cavities, which affected more than half of the surviving teeth. Many also had dental abscesses, which cause excruciating pain. Some had lost the entire crown of a tooth, forcing the sufferer to chew on the tooth’s root.

“They have really horrible teeth,” says paleoanthropologist Louise Humphrey of London’s Natural History Museum, an author of the new study. “The only population I’ve seen with decay like that are people who lived in London about 200 years ago (and) would’ve had sugar in their diet.”

One very young adult had numerous cavities and an abscess, “almost like a textbook for dental pathology,” Armelagos says.

Making matters worse, the Grotte people deliberately yanked out the upper middle teeth of teenagers and young adults. Perhaps this was a coming-of-age ritual, or a sign of mourning, but no one knows. With age they lost their rear teeth to decay and heavy wear. So by their late 30s and 40s, “they had really very little left to eat with,” Humphrey says.

So how did the Grotte people get so many cavities without ever enjoying a cupcake or sipping a soda? By analyzing plant remains in the cave, Humphrey’s team found that residents ate lots of a particularly sweet type of acorn, which becomes soft and sticky when cooked. They also ate wild oats and legumes. Such foods can lead to serious decay, especially if the cave residents were snacking all day long, as Humphrey suspects. There’s some evidence that the Grotte people used toothpicks, but that obviously didn’t help much.

The new study, published in this week’s Proceedings of the National Academy of Sciences, shows decay-causing bacteria have been hanging around humans since before the dawn of agriculture, Humphrey says. Other scientists say the study shows bad teeth can’t always be blamed on farming.

The finding “highlights that an agricultural diet is not the only type of diet which can cause decay,” says dental science researcher Christina Adler of the University of Sydney via e-mail. But she cautions that the troubles of the Grotte people were isolated, rather than the beginning of humanity’s global battle against cavities. That battle, she says, probably began in earnest with agriculture.

The battle continues, thanks to the wide availability of sugar. If it weren’t for modern dental treatments, Humphrey says, our teeth, rather than being better than the Grotte people’s, “would probably be worse.”

Listen When Your Tongue Talks

How often do you notice your tongue? You use it…

Best Autumn Foods for Your Teeth

With a change of seasons comes a new wave of…

When it comes to the health of your teeth, you… 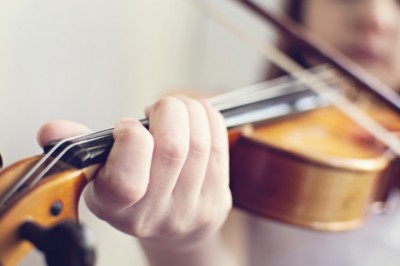 How Can Playing Musical Instruments Affect Your Child’s Health