Current evidence supports a recommendation of a diet rich in fresh fruits and vegetables as part of a whole-foods, plant-based diet with limited consumption of meat, particularly processed meat.

In addition to discussing tobacco and alcohol use with patients (and, if relevant, betel nut and gutka consumption), as well as the risk of sexual transmission of human papillomavirus (HPV), clinicians should provide dietary advice for preventing oral cancer as part of routine patient education practices, they recommended.

Why fruits and vegetables?

Over the past 50 years, researchers have conducted more than 40 epidemiologic studies of the relationship between fruits and vegetable consumption and oral cancer risk. A 2006 meta-analysis identified strong evidence of the protective role of vegetables and fruits, particularly citrus fruits, in the prevention of oral cancer.

Similarly, a cohort study of risk factors for second primary cancers in patients with a history of oral and pharyngeal cancer (OPC), researchers at the National Cancer Institute of the National Institutes of Health found that eating fruits and vegetables has a protective effect . In another study, researchers at the School of Dentistry in San Juan, Puerto Rico, found fruit consumption to be protective against oral premalignant lesions.

While the mechanisms by which diet influences cancer risk are not fully understood, certain compounds in food may be protective against cancer. Vitamins C and E have antioxidant properties and may prevent DNA damage by reducing exposure to free radicals of oxygen. Terpenes, a group of compounds present in certain plants such as citrus fruits, can influence cell cycle progression and induce apoptosis. In addition, fruits and vegetablescontain micronutrients — also known as phytonutrients — that may act synergistically to prevent cancers, including OPC, the researchers noted.
Fruits, particularly berries that are high in ellagic acid, help prevent oral cancer, as do the isothiocyanates in cruciferous vegetables such as broccoli, cauliflower, cabbage, and Brussels sprouts.
In addition to cancer prevention, a growing body of data demonstrates the beneficial effects of omega-3 fatty acids, probiotics, and vitamin D for preventing periodontal disease, she added.

Other food components, such as nitrites in processed meats, which may form carcinogenic nitrosamines, may increase the risk of developing cancer. In addition, eating salted meat, processed meat, and animal fat increases the risk of developing oral cancer. A 2008 study conducted at the Louisiana State University Health Sciences School of Public Health showed that high consumption of dairy products is a risk factor for head and neck squamous cell cancers and also has been associated with an increased risk of developing prostate cancer and ovarian cancer.

Education is key
In addition to performing thorough head and neck and oral mucosal examinations to identify precancerous changes, oral healthcare professionals should educate patients about oral cancer prevention, including nutrition, the JADA authors concluded. This is particularly important for patients at an increased risk of developing OPC, including:

Current evidence supports a recommendation of a diet rich in fresh fruits and vegetables as part of a whole-foods, plant-based diet with limited consumption of meat, particularly processed meat.

Don’t Forget To Brush Your Teeth

Brushing twice a day is good for your breath and…

5 Tips For A Younger-Looking Smile

A smile is often the first thing you notice about…

These ‘Healthy Snacks’ May Be Bad For Your Teeth

Sugar-Free Soda And Snacks Are Likely Hurting Your TeethScrapping added… 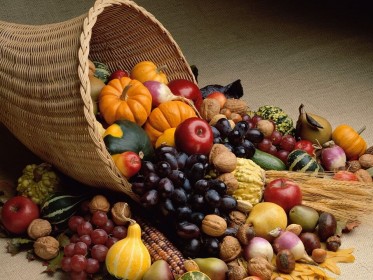 Best Autumn Foods for Your Teeth